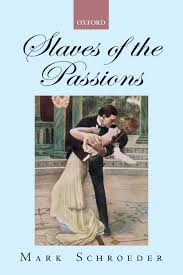 Does the Distinction Save the Humean Theory?

Focusing on the Humean Theory of Reasons, a theory which considers every agent’s reasons in a necessary connection to her desires, the main goal of this paper is to challenge the metaphysical reading of the distinction drawn between reasons, as facts or true propositions, and Background Conditions on them including the desires. Mark Schroeder (2007) in his own version of Humeanism, called Hypotheticalism, employs the distinction and hopes that it could help him to reply to some traditional objections against the Humean theories. In this paper, I will put my idea on the metaphysics of reasons through a triple objection against Schroeder’s use of the distinction: In the weakest part, I will introduce some considerations about the epistemology of the normative in order to show that the distinction, even if acceptable, could not resist the traditional objections. In the second, more important move, the same considerations will help us to claim that the distinction between reasons and desires as (part of) the Background Conditions is not metaphysically sustainable. It means that the reasons cannot reasonably be individuated from the so-called Background Conditions. But if so, in the third step, we will be led to a more radical idea which doubts the common style of thinking about reasons as things.

The Philosophical Foundations and Implications of the Generative Linguistics...
Scroll to top